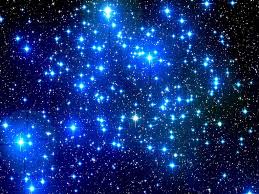 We are the Elohim of the First Cause.  The First Cause is the “First Energy Field” within what you understand to be the “Creation”.

The Creation has been termed by humanity as “Heaven” or “God” or “The Universe” and all the constituent parts of the Universe.  In some open-minded and what you would deem to be enlightened or aware individuals, there is also a knowing, an understanding, that the “Heaven/God/Universe” is a conscious creation, that it is aware of its own existence, that it has a knowing of its own powers of creation, its role in the creation, and in that instance, that it is sentient.

As Elohim of the First Energy Field, we are able to create with the Light.  The Light is the foundation of any and all origination within The Creation.  The Light is a complex network that supports clear order and highly organized interrelations between an energetic molecular framework of particles you know as photons.  By this, we are not speaking of the light that you see within the visible light spectrum.  We speak of a compilation of all photon energy in a unified field of presentation, much like a cloud in the sky (from which the electromagnetic spectrum, including visible light, emerges in a secondary way).

This cloud of photon particles connects through ever-minute energetic and conscious associations, connections that arise in an instant, as these charged units of energy, known as gluons, flow freely (Gluons are elementary particles in the nucleus that mediate strong interactions of quarks according to quantum chromodynamics (QCD). At present gluons are considered to be different from photons that mediate only electromagnetic forces.). These elements communicate in sequence, all knowing the other at every moment, from quark to quark.  It is fair to say these particles can be called the “God Particles of Creation“. There are many more God Particles unknown to mankind.

As they connect in awareness of another, they expand fully in every direction. This is an instantaneous event, based fully on a pathway of superconductivity that supersedes all known physical laws in the Universe and is the foundation of creation.

Within the realms of light, this superhighway of conductivity creates continually and creates beautifully. You have seen many photos representing this Creation, photos that have been reduced to the visible light spectrum.  These images represent a simple translation into a form that you are able to see with your human eyes.  However, it is good to remember that there is a vast invisible light spectrum of which we speak that you humans are able to perceive only through your Third Eye faculty and other intuitive abilities which are a part of your make-up as a human.

What the human eye does see in these images are the remnants of energy released from these sudden instantaneous explosions at the photon level and we tell you now that it is correct to understand this activity as “light frequency”.